Boot Camp Live CSR Sales Training LABx What is {LAB}? About Us Contact Us Login 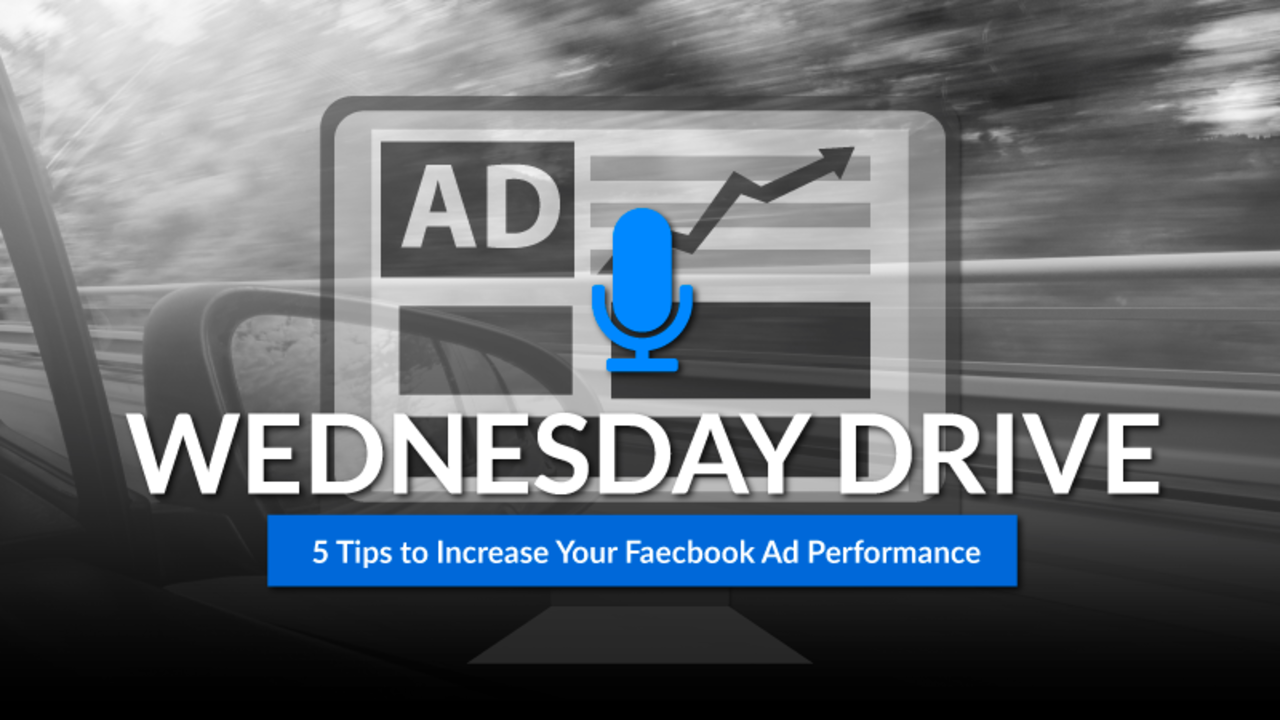 With over 2 billion users engaging with Facebook, the chances for you to communicate with your target audiences on the social platform are varied. From regularly posting to your Facebook page to boosting your posts for greater reach, the opportunities are nearly endless.

One of the most effective ways to speak directly with prospects and leads is through Facebook ads. While 93% of marketers use Facebook advertising, only 42% believe they are receiving adequate returns on their investments.

For this week's Wednesday Drive, Bill Faeth sits down with Daniel Daher - the newest member of the Limo U team - to discuss specific actions you can take to improve the performance of your Facebook ads.

A: I would say it starts with the most powerful aspect of Facebook advertising which is in the ability to target who sees your ads. If you aren't spending the majority of your time in that audience targeting process, then you are doing it wrong. First, you need to know your buyer, and once you know your buyer, you can go in and you can look at those different aspects of the audience building phases where you can target who is going to see your ads. Because you can have the best creative, you can have it in the right placement, you can have it at the right time, all of those aspects can be right, but if you are showing it to the wrong audience or an indifferent audience to your message, then you aren't going to see your results. Knowing the difference between your demographics, your interests and your behaviors, and knowing how those are going to relate to what you're trying to sell, that's when you are going to take it up a notch and really use the power of Facebook advertising to get your best results. So your demographics; who are these people, what is their job title, what is their education, do they have a family. And then their interests; what are they clicking like on, what blogs are they reading, what magazines would they be interested in, social media personalities that they may follow, things like that. And then behaviors where you can really start to dig in and more into their financial information, their purchase histories, and how many lines of credit do they have, what are they spending their money on. So once you understand what you can do, then you can start to build audiences that are really going to take your advertising to the next level.

Q: A lot of people who are new to Facebook advertising want to run a campaign but they really don’t know where to begin. If someone listening to this wants to run a Facebook ad campaign, how would you tell them to start that process?

A: It all starts with a goal. What are you trying to accomplish? Now, the biggest problem I see when we ask that question to ourselves, when I ask that question to other people is that the goal is so often, I am trying to sell. I am trying to make money. The fact is that when you build these buyer personas, you are thinking about someone who may be interested in my product, in my service. But they may have never heard of you. And if you are trying to show that person who has no familiarity with your brand - we would call them cold traffic - if you are trying to sell that person the first time they see something from you, they are going to find that offensive, you are going to look bad. It may even be intimidating and you will get some negative response based off that. I would ask, what is your goal. But sometimes your goal is just making that introduction, reaching out, having that handshake and saying "hey, here's who I am, here's my differentiator, here's what's great about my service or product." And then, once you build that relationship, then you can start to sell.

Have a conversation. You know, it is part of that sales pitch. If you went up to someone for the very first time, you would get to know them a little bit before you came in and tried to sell them. So, get to know them. Make the introduction and have the communication. Have them engage with you and you engage with them, then you can start to sell based off of that.

Q: So, if we aren't selling to cold traffic how can we utilize Facebook to sell to people who are already familiar with our brand or are existing customers?

A: The retargeting on Facebook is so vital, like we said, because that is where you are going to sell. When you are building these audiences and you are showing them that first video or that first piece of content, you can retarget and talk to these people again. So, people don't normally go into the Custom Audiences. You can build a few different types of audiences. One would be the Saved Audiences - those demographics, those interests, those behaviors. Another one is the Custom Audience. If you go into the Audience tab on Facebook and look at the Custom Audiences you can build an audience based off of engagement - so how many people engaged with your ad, watched a video, something like that. You can also do this off of email lists. So say you have an email list of customers who have already purchased from you. You can upload that into Facebook off of a CSV file you have created then you can retarget those people with some of those profit maximizers and some of those upsells. The retargeting is so vital and a lot of people don't get into that. They go into the Saved Audiences and keep hammering and hammering at that. Once you get into the Custom Audiences, there are really powerful ways to talk to people multiple times, give them multiple positive brand impressions before they buy from you.

TIP: When go to bridal show or conference and the organizer gives you list of emails, don't send emails to the people on that list. Upload them into Facebook ad Custom Audience and target them. Make the ad personal, not generic.

Q: We have our audiences set up, our goals in place, we have plans to retarget, now let’s get into implementation. When building the ad itself, give us one thing to avoid that will save our listeners some money.

A: One thing that I see happen a lot is that people want to throw an ad up and they want to get all of that attention. One way they try to acquire that attention is that they use the actual image that they place on their ad. They put a big bunch of text on it. If there is one word that is going to save you money, it is text. Once you are able to limit that text, then Facebook is going to send your ad to more people. When you have text on an image, it literally hurts your reach. Facebook will tell you. You will see a little warning. It will tell you, hey you're ad may not run or they will just show it to less people and hinder it. Because that text on that image looks like spam. So they aren't going to show that to as many people as they would if it was a regular image. So try to give some intrigue. Depending on what ad you are doing, you will have a text, headline, link description all to tell that story. Tell that story in different ways and use the image to capture that attention and give intrigue and have them read more about what you want to say.

TIP: Try to use no text, if at all possible. There has to be a really, really great reason to put text on an image. If you can put that text somewhere else, do. Even text in an image or your logo count as text on a Facebook ad.

Q: Speaking of the creative part of advertising on Facebook, let’s say someone has multiple images or videos they could use for a given campaign, what’s the most effective way to decide on what content to use?

A: When you are trying to decide that, you have to understand first of all, what Facebook advertising is. It is a science. We are scientists when we do this. And like any good scientist you need to test. You may have a hypothesis. Like, you may say, "I think this certain image will work" or this copy or this audience is better than that. When you are starting to make those decisions, keep in mind, never guess, always test. If you have two different pieces of a creative - two videos, two images, whatever - use your same audience and then build two different ads with those and run those A/B testing. A/B testing is something a lot of people don't get into until they are pretty far along in their Facebook advertising. They've already spent a ton of money. That way you have something to measure your results against. Because if you are looking at it and you say well, I've gotten X number of clicks on this image, you don't know if that is good or bad because you have no frame of reference. If you have two different images, then you can see which one is performing better, which one that audience is responding to, and then turn the other one off. Shift all of your budget to the one that is performing better and then think about why that one is doing better and as you guess and check, guess and check and do all of that testing, then your ads are going to be better in the future as you build that data in your mine and have that experience with the platform, with your audience, and these buyers.